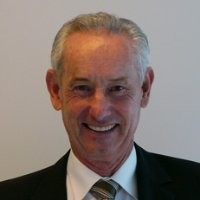 Before being awarded an Order of Australia (AM) in 2000 for distinguished service to the information technology industry, particularly through developing partnerships with government and educational institutions, and to the community, later promoted AO, John Edward Harvey was a VFL field umpire.

Born on 2 March 1942 he grew up in Adelaide to age nine then came to Melbourne where he played underage football for Carnegie FC (Caulfield-Oakleigh DFL) and later cricket for Melbourne University 1st XI (VCA  1965-66 to 1966-67) and baseball also for the university.

He began umpiring in 1954 as the club boundary umpire for Carnegie playing in morning and umpiring the seniors in afternoon. He transferred to the field in 1959 and joined the VFL Reserve Grade.

Promoted to the senior list for the 1963 season he umpired 52 VCFL matches in the ensuing three seasons.

While with the VFLUA he took on an ad-hoc role concerning publicity including articles such as ‘Why not become a football umpire?‘.

In a seven-year career on the VFL senior list of umpires George Millar’s best year was 1969 which included three VCFL finals (Mid-Murray, North Central and Kowree-Narracoorte) and the 1969 Bairnsdale and District Grand Final.

Over the seven seasons in the seniors, he umpired 12 VFL Reserve Grade 103 VCFL, 3 Metropolitan and 1 Tasmanian matches.

Barry Thomas Moloney was a member of the VFL senior list for two seasons and in that time umpired 23 VCFL matches.

Originally beginning umpiring with the Sunraysia Umpires’ Association in 1950, Corbett James Shipp moved to Melbourne in 1955 where he continued his career with the VFL Reserve Grade between 1955-1957.

In his single season with the VFL senior list, 1958, he umpired 9 VCFL and 1 Metropolitan match.

James William Taylor was born on 3 May 1927 in Clifton Hill and grew up there as well as North Fitzroy and Hawthorn.

A successful footballer he played for East Hawthorn FC (East Suburban FL) and West Hawthorn United FC (East Suburban Churches FA) winning a B Grade Premiership 1949 and being twice runner-up in the club best and fairest. Any sporting spare time was filled with tennis, golf and cricket.

Before being promoted to the VFL senior list he had begun umpiring in 1957 with the VFL Reserve Grade at the relatively late age of 30 years.

As a VFL umpire from 1961-67 he umpired 98 VCFL and 4 Metropolitan matches. Highlights included two reserves grand finals in consecutive weeks in 1964; the Southern Mallee at Rainbow and the Northern District at Cohuna.

Following his departure from the VFL in 1967 he continued umpiring with the Eastern Suburban FL for a further two seasons.

The association was never able to re-connect with Denis Peter Trump before he passed away on 23 May 2013 at age 61.

We know little other than that he umpired for a single season, 1976, in which he officiated at 2 VCFL matches.

It is most likely that he was a VFL Reserve Grade umpire prior to this since at least 1973 when he is listed as a filling a spot on 14 July 1973 at the Alberton league. 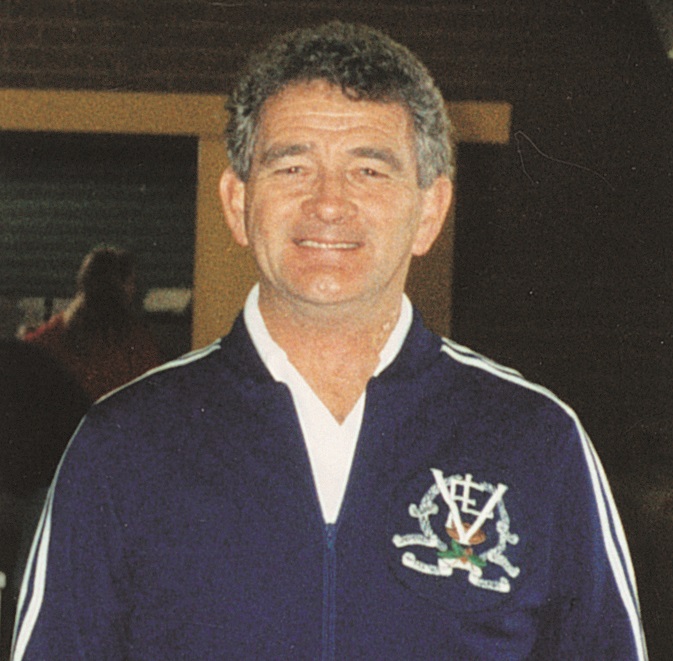 Joe Bell had a short but successful career as a senior VFL goal umpire. In four seasons he packed in 73 VFL matches, 4 finals and an interstate match. His 37th VFL match was the 1974 VFL Grand Final

Joseph Samuel Bell was born in Melbourne on 8 August 1934 and grew up in Preston and Fitzroy. He played football for Opportunity and Preston Wanderers in Preston District Junior FA as well as tennis, golf, cricket, table tennis and soccer.

A relative late comer to umpiring he began umpiring with the VFL Reserve Grade on the boundary in 1967, aged 33, and then transferred to the goals for 1970-72.

Promotion to the senior list came in 1973 via the 1971 and 1972 VFL Reserve Grade Grand Finals. Joe made his senior debut on 14 April 1973, Footscray versus Collingwood at the Western Oval, earning Heritage No. 161. His meteoric rise continued with the preliminary final and grand final the following year.

In 1975 he officiated in the Victoria v. Western Australia interstate match and the second semi-final before finishing his time with the VFL after the 1976 VFL First Semi-final

A move to Ballarat did not signal the end of umpiring as Joe continued umpiring for two more decades with the Ballarat umpires 1977-93 and Goulburn Valley umpires 1993-96.

He took on the xxxx Advisor role with Ballarat Football Umpires Association in 1979 as well as serving on the committee and as president 1980-83, social secretary 1984-86, for which he was awarded life membership in 1989. Joe Bell passed away 15 November 2019 aged 85.

Born Franciscus De Haan in Amsterdam, The Netherlands on 11 February 1944 he was lucky to survive the winter famine that afflicted Nazi-occupied Netherlands in 1944-45.

Frank migrated to Australia with his parents, Cornelis and Engelina and older brother Albertus arriving in Melbourne in June 1952. He took to Australian football during his youth in Gippsland playing for Pakenham FC U15 who were West Gippsland FL premiers in 1959.

He began umpiring 1966 with VFL Reserve Grade and was promoted to the senior list in 1969. In three seasons he umpired 47 VCFL matches. He moved to the VFA for three years and to South West Gippsland FL for a single year before retiring from umpiring.

Umpiring Australian football was only one of the many activities in the varied sporting life of Peter Francis Michael Dowling.

Born 14 July 1950 he played football for Moonee Ponds UCW in the Under 15s and Under 17s, cricket with Coburg Cricket Club (Sub-District CA), Diamond Creek CC and was captain-coach of Yarrambat Cricket Club. As part of his surf lifesaving with Jan Juc he completed 10 ‘Pier to pub’ swims at Lorne 1995-2006). He was also a qualified snow ski patroller.

As a field umpire he started with the metropolitan Northern District umpires in 1965 and moved onto the VFL Reserve Grade for 1969-1972. His promotion to the senior list in 1973 saw him officiate in 14 VCFL matches in his single season on the field.

Alec Lindsay transferred to the AFL list of goal umpires with the majority of VFA goal umpires in the 1989 merger of the VFA umpires. He was an AFLUA member for three seasons before a further restructure split the AFLUA and the Victorian State Football League Umpires’ Association.

Born James Alexander Lindsay on 16 May 1939 but always known as Alec he officiated in 367 senior games. Most of those games were prior to the 1989 merger of the VFA and then VFL umpires into a single body. They included VFA First Division grand finals in 1979, 1983, 1986 and 1988 and Second Division in 1984. In the years after the merger as a member of the AFLUA and later VSFLUA/VFUA he umpired 80 VFA senior matches including his last match, the 1991 VFA Grand Final.

A member of the AFLUA for three years 1989-91 and the VFUA from 1992-94 Alec later had a long career in a goal umpire coaching role. Following his retirement from the field at the end of 1994 Alec was a goal umpire coach and observer with the VFL for more than a decade.

Alec suffered a stroke nearly five years ago that had left him with mobility challenges. He overcame this challenge with the use of a ride on scooter which enabled him to enjoy much of life. Other health issues ultimately ended his battle.

Arthur Marriott was a field umpire with the VFL for two seasons in 1972-73.
Having been born in Melbourne on 1 August 1950 he was a warded a best and fairest for Fitzroy Rovers in the Northern Football League as well as becoming a professional footrunner. He joined the VFL Reserve Grade umpires at only 16 years of age.

Promoted to the senior list in 1973 he umpired 19 VCFL matches over two years.

Colin James O’Gorman was born in Richmond on 2 November 1939 and grew up in Clifton Hill and Reservoir. He played football for North Reservoir (Preston DJFA) and the Post Master General teams.

He began umpiring on the boundary in the Metropolitan Football League in 1958, a league serviced by VFL umpires at the time. He and was encouraged to join the VFL Reserve Grade and he began there as a boundary the same year. In 1959 he transferred to the field and was promoted to the VFL senior list for 1963.

That season proved to be his only one and he officiated in 15 matches including a visit to the Metropolitan FL.

He retired from umpiring to undertake a Bachelor of Science at University of Melbourne, graduating in 1967. He then moved to the north-west of Victoria where he spent the remainder of his life, passing away on 18 August 2020.

John Alfred Woolls-Cob grew up in Gordon Institute for Boys, Bowen Street, Melbourne and played cricket, athletics and squash early on and golf much later.

He started umpiring with the VFL Reserve Grade for additional cash in 1951 and was promoted to the senior list in 1955.

In a four-year career he umpired 41 VCFL and 2 Metropolitan Football League matches.

After leaving Melbourne for work he umpired in the Wimmera Football League from 1959-1961.