Thomo, as he is affectionately known really is the Benjamin Button of the boundary umpire’s list.  The older he gets, the better he gets!  Thomo umpired his first game in round 1 1996 between Adelaide and Sydney and then only umpired another 3 AFL games in that season.  Enter 1997 and he achieved 14 games, 11 games in 1998, 10 games in 1999. So, what was going on?  Simple, in SA competition was tough and you had to work to earn your spot.  Frank McHugh made sure of that!  Injuries also didn’t help, but Thomo’s philosophy was simple too.  If it didn’t kill you it made you stronger!

Thomo’s breakthrough year was 2002 and his first taste of finals.  Typically, Thomo has now appeared in 14 of the past 17 finals series, including this year.  He has accumulated 35 finals and 6 grand finals.  The first of which was in 2009 and his last, to this point 2018. Hence the Benjamin Button label!  Thomo now averages a final every 8.6 games umpired.  An outstanding achievement in its own right!

Thomo was presented with his AFLUA Life Membership in 2009.  He was awarded the Murray Williams Shield in 2011, voted by his peers as the best boundary both on field and off field in that year.

Mark has stood the test of time.  He is both a passionate lover of football and umpiring.  He is incredibly supportive of all of his peers and in particular, those in South Australia who seek his counsel and guidance.

In his address to the 45 family and umpiring colleagues who attended a pleasant afternoon at the Cumby Hotel in Adelaide to celebrate his great achievement, Mark thanked his umpiring colleagues over many years who supported him through the ups and downs of his career.  He saved his biggest thank you to his mother and father for just being there for him as he was working his way through the ranks and to his wife, Paula, who he met at an athletics meet all those years ago for understanding what an athlete has to do to prepare to be as good as they can be and giving him the time and space to do that over many years.

It was a great way to thank Thomo for the support he has given to all of us over his 23-year journey that “ain’t over yet.” 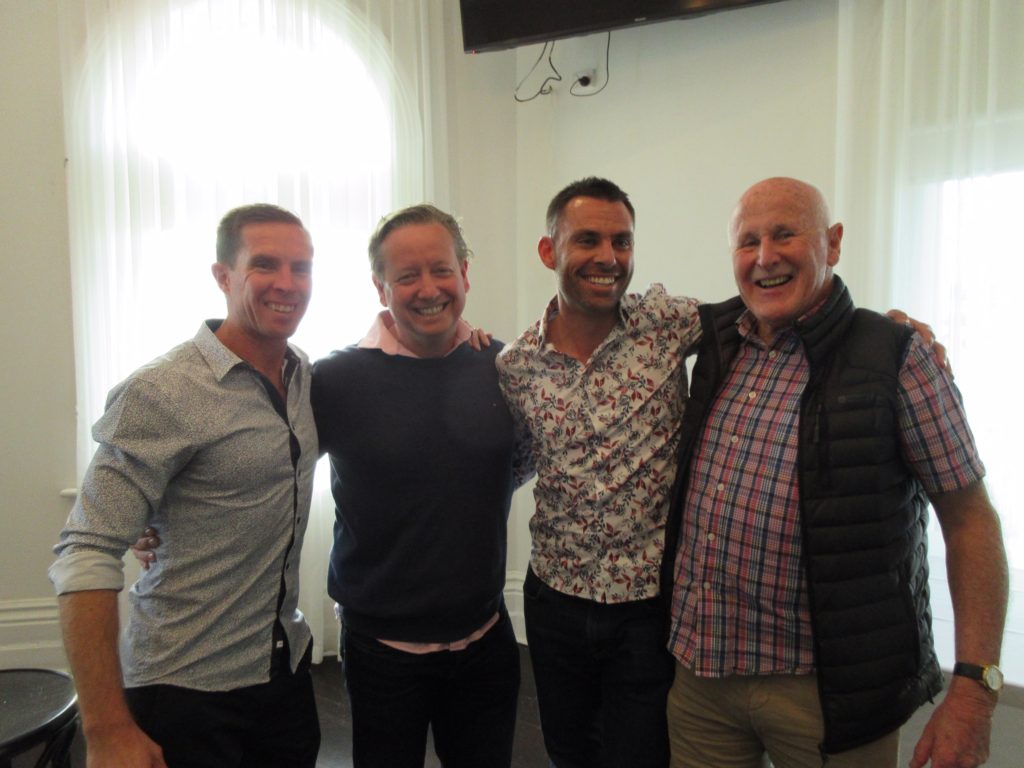