The AFLUA were delighted to have hosted our recent X-Umpires’ Luncheon at the Caulfield Glasshouse last Thursday (24 February).

The afternoon turned into a fantastic occasion for the former Men in White to renew old friendships and reminisce about the bygone days. 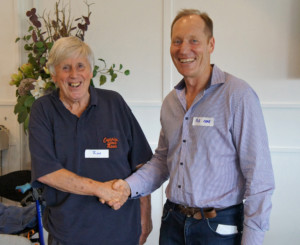 Ron Bailey, who looked after the X-Umpires’ group for the last 17 years after being asked to assist the Association by former CEO Bill Deller OAM, has decided to pass on the baton.

Ron had umpired in the VFA before stepping up to the VFL Senior Panel where he umpired 124 VCFL games and 60 mid-week games. Although he retired from VFL umpiring in 1973, Ron continued umpiring in the Eastern Suburban Churches League until his ultimate retirement in 1981.

Ron was made an Honorary AFLUA Life Member in 2010, and unanimously awarded a Lifetime Achievement Award at our AGM in February 2020.

Since initiating our Luncheons in 2005, Ron stayed on the forefront of keeping the X-Umpires together, forming many close friendships along the way.

On behalf of the X-Umpires’ group and the Executive Committee, the AFLUA thank Ron for his selfless contributions, and look forward to seeing him as a participant at future Luncheons. 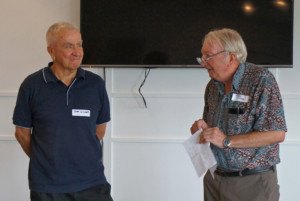 Terry O’Donnell is taking the helm for the X-Umpires’ group. A 417-VCFL game veteran, with 5 Grand Finals to his name, Terry’s love-affair with umpiring began as a 17-year-old with the VFL Reserve Grade in 1961.

After joining the VFL Senior Panel in 1966, he continued umpiring at an elite level until 1985. He joined the Western Region Football League in 1986 as their Advisor, a position he held for 16 years until 2002.

Our X-Umpires Luncheons provide a great opportunity for former umpires to get together regularly. Please note the upcoming dates for the remainder of 2022 – 31 March; 28 April; 30 June; 4 August; 1 September; 6 October; 3 November; 1 December.

For more information, and to book a seat, please contact Terry O’Donnell at terry.o.donnell@live.com.au or 0439 724 545.