The Fiona McBurney Match Day Experience is a popular and sort after program for those with a disability to be exposed to elite sport.

While the program generally focuses on those with Downs Syndrome, umpire Chris Donlon thought it was time to reward one of umpiring’s biggest supporters.

At the North Melbourne v Richmond AFLW match late last month, one of umpiring’s biggest supporters Rhys Gilday was given the opportunity to be an assistant trainer for the day.

Rhys regularly attends training with his dad Mick, who couldn’t wipe the smile off his face after he found out what had been organised for his son.

It started a few days before at training when Rhys was presented with a bag full of uniform.

AFL Umpires Training and Property Assistant Ben Carbonaro made special mention of how much everyone appreciates the support that Rhys and his dad give to us;  it was important that something special was done for him.

At the match, Rhys was given the opportunity to meet the umpires pre-game, provide them with drinks, assist with the coin toss and had his own accreditation pass with arena access.

Before and after the game it wasn’t just about grabbing a photo, it was also about having a chat with all the umpires, as many who officiate at AFLW level are making their way through the pathway and aren’t regulars at Ikon Park training.

We also arranged for him to sit behind the glass in a special area and he absolutely loved that he was being treated like royalty!

Special thanks to Grant Williams at the AFL Umpiring Department for supporting the idea that Chris had to host Rhys at a game considering it was outside the usual timeframe for a Fiona McBurney Matchday Experience. 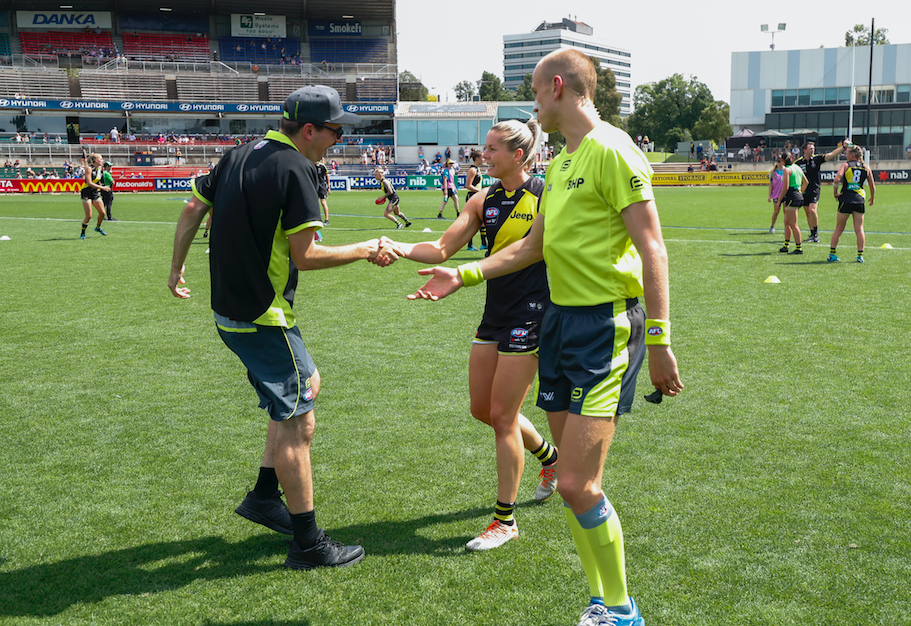 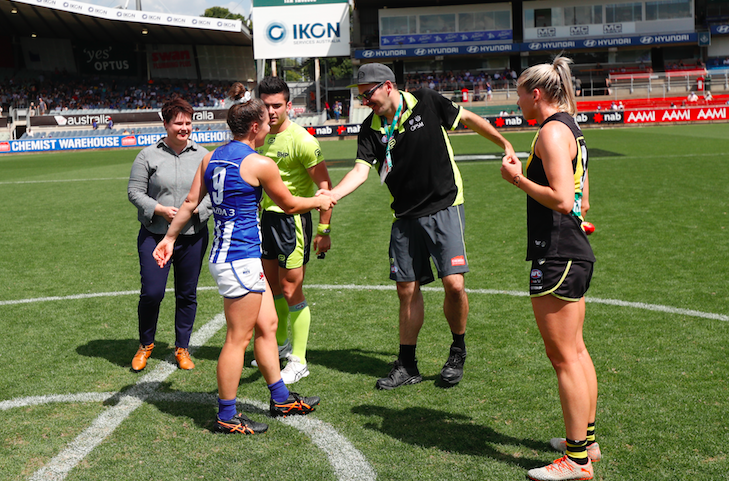