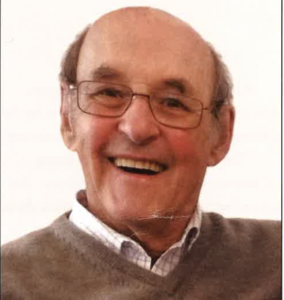 It may not have been in his chosen discipline, it may not have resulted in a heritage number but Bernie Sidler is credited with a senior VFL match – on the boundary.

During the first quarter of the St.Kilda v. Essendon match in round 7, 1969 boundary umpire Arthur Cook injured his leg. Bernie, whose previous appointment was the week before at Heyfield, stripped and ran out three quarters of the match. It was a highpoint to rank among his two country finals and extensive country football and interchange steward careers.

Bernard Sidler was born in Nhill on 12 March 1935. Bernie commenced his football connection as a player with the Albion Football Club in the Footscray District FL. Turning to umpiring in 1959 with the VFL Reserve Grade he was promoted to the VFL senior panel in 1963.

During his senior list umpiring career Bernie umpired 193 VCFL and 3 Metropolitan matches. His two finals came in 1973 and 1974 in the Southern Mallee and Waranga-North East leagues respectively He became a life member of the VFLUA in 1973.

Immediately upon retirement he became one of the original band of interchange stewards when the VFL introduced interchange players in 1978. He continued as a steward until retiring in 2006.
Bernie was one of the characters of VFL/AFL football who always had a smile on his face and greeted everyone with a warm welcome.