We sat on an old wooden picnic table outside the library in North Sydney, the sun warming our backs, sipping on a coffee chatting about footy and life.  I was the old fella and Alex Chisholm, the fresh faced young man who is 18 months into his AFL career but who had just farewelled the greatest influence in his young life, his father, Steve who passed away aged 58 following a 5 year battle with cancer.

Such is the passion Alex has for family, his father and footy I wanted to learn more about the influence Steve had on Alex as he grew up.  Alex simply wants his father to be remembered for who he was. “I only had him for a short time, but he was an amazing influence and I am a better person for it,” reflected Alex.

Steve’s passion for footy was instilled in him as a young boy growing up in Bulleen in Melbourne’s North-east.  Steve moved to Lane Cove in Sydney as a young man and decided to introduce AFL to the Sydney suburb on the back of Sydney’s 2005 premiership win.  In 2007 Steve was given permission by St Michael’s primary school to introduce AusKick into the school program, Alex was too old to participate but his father’s passion for AFL was infectious.  Steve was so passionate about his footy he was a driving force in starting the Lane Cove Cats Football Club, that was formed on the back of the Aus Kick success.  He took a small cricket ground and transformed it into an AFL oval that now bears his name (albeit internally by the Cats), “The Steve Chisholm Oval.”

Alex played football on Sunday and ran as a boundary umpire on Saturdays while his father goal umpired for Lane Cove to stay involved when he finished coaching. Alex even got the field umpiring bug and umpired six or seven AusKick games, “With some success,” he said as he laughed remembering his early days as a 13 year old.  Their bond became even tighter when Alex decided to goal umpire and make some pocket money doing it.  “At quarter time in my first official game in a Division 3, Sydney Football League game with my dad, former AFL goal umpire, Frank Dicosmo and current AFL Sydney goal umpire coach, John Curran walked out and said to my dad, “Is he your son?  We think he has some talent.” The dye was set.

Alex describes himself as that “weird AFL kid who lives in Sydney.  I researched everything I watched and learned every intricacy, every movement.  Dad and I went on to umpire the SFL Division 5 grand final together.   It is one of my fondest memories.”  Dad was my driver and as I climbed through the ranks he continued umpiring as our coaches ensured we umpired close to each other.  He never missed any of my games.”

Alex still played on Sunday’s until he was 16 and it was only when he was put onto the NEAFL goal umpire’s panel, he decided to focus on umpiring.  “There were times umpiring SFL footy in the cold winter months that I wanted to give it away and just play.  Dad would always say, Alex you have some talent in this, don’t waste it. “I loved to play cricket in the summer, I was always very fit so the benchmark fitness tests were not a barrier for me.”

Steve decided to continue to help and became a match day coach for NEAFL goal umpires and in 2017 coached the SFL goal umpires.  Alex reflected on their relationship saying, “he was my harshest critic and my biggest supporter.  Our proudest moment was walking onto the ground for my first AFL game.  We both made the AFL list in 2018.  Without him willing me on I wouldn’t have made it, certainly not at 19.  The norm was 24 or 25.”

“Dad always said that because I played footy I understood the patterns of play and ball movement.  I had natural speed which meant goal umpiring came naturally to me and that’s why I moved through the ranks quickly,” reflected Alex.

“When dad couldn’t get to the games in 2018/19 he would watch them all on TV and we would talk about them in detail when I got home.  Dad gave me my passion for the game.  He also taught me lessons about resilience – always be yourself, never give up, as he never did with his battle.”

“I still walk off the ground and my first instinct after collecting my bags and leaving the rooms is to SMS him.  I don’t think that instinct will ever leave me and neither will he.” 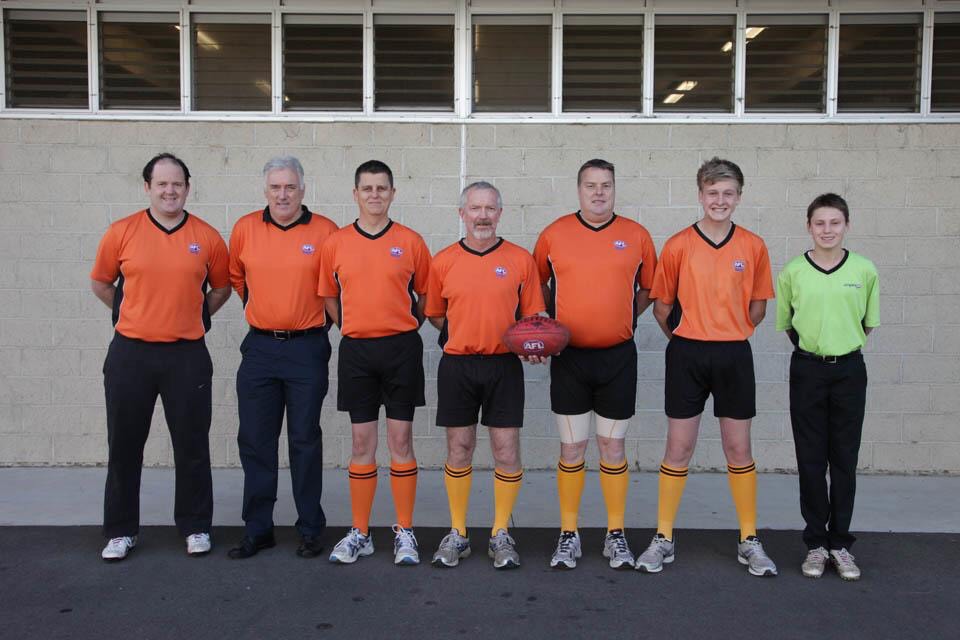