The celebrations continue for our games record breaker Shane McInerney.  Four AFL coaches arrived at training last Thursday night to recognise the enormity of Shane’s achievement.  They arrived only to find every field umpire training in one of Shane’s 37 old umpiring shirts with the number 30 on the back.  It was a sight to behold.

After training on Thursday night, the AFL and AFLUA held a movie night at the Nova Cinema in Carlton, yep you guessed it, the two movies were all about Shane.  Eighty current running umpires, staff and some ex-team mates arrived, collected their popcorn, choc top ice-cream and a drink to be treated to an hour of absolute gold, “the man behind the curtain.”

The AFL also presented Shane with a special umpiring top with embroidery highlighting his 500thgame to be worn by himself and his umpiring team mates on Saturday night.

The AFL Players’ Association also recognised the occasion with a video of a player from every team congratulating Shane on his 500th game.  Player/umpire relationships have never been better.  The gesture was simply outstanding.

Shane has been getting used to walking through a player-initiated guard of honour for the second time in 5 games.  Yes, it has been a little better than just police and security protection.

After the match on Saturday night, Shane thoughtfully constructed a response thanking the AFL, family, friends and team mates for the support and work they had done getting him to the milestone.   However, in true Shane style he did strongly suggest, “that I did all the heavy lifting.”

Shane yours is an amazing feat that will stand the test of time.  Adaptability, resilience, perseverance, strength of character and passion were just some of the superlatives that have been used to describe your career.

Well done, enjoy the momentary spotlight before you prepare for game 501. 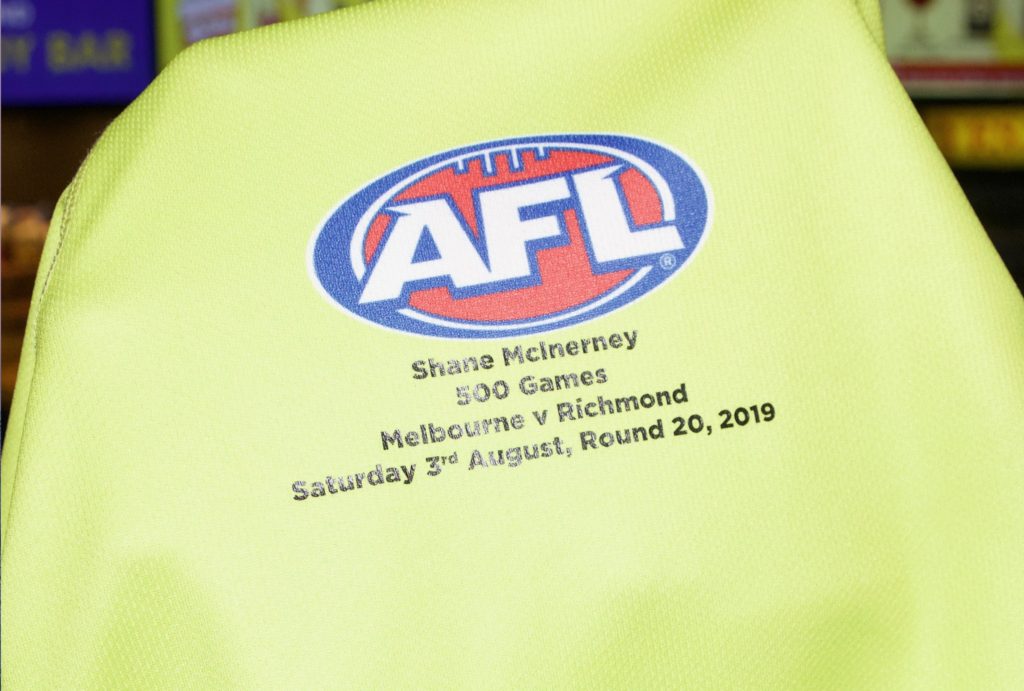