Our Queensland based boundary umpires, along with their coach, Randall Gibson traded their whistles and shirts to work with an organisation called “Rosies on the Street” on Friday night on the streets of Woodridge, a Brisbane suburb to meet and converse with the homeless and less fortunate in Brisbane.

Rosies was founded in 1987 to reach out to those who are abandoned, offering them an experience of community and belonging.  Rosies set up their van at the same place each Friday night.  Randall, who works as a volunteer on a monthly basis with Rosies said, “On any Friday night there can be between 60 and 100 people who will come to the van for support, food, beverages and a chat.  In addition to the Rosies van, the Orange Sky laundry also set up so that people can wash and dry their clothes and a street doctor also attends to support the people.”  Rosies have more than 1,700 volunteers who work with them at various locations around Queensland.  A local bakery donates pastries and loaves of bread

Randall said that the three guys who joined him on Friday night, “gained a real insight to see how others less fortunate live. Some live on the streets while others maybe in housing but are unable to afford food. There is also a large number of children who attend with the parents”

Our three umps, Drew Kowalski, Adam Reardon and Nick Swanson worked on the streets for three and a half hours serving food and beverages and just as importantly sitting down and having a conversation with people to connect with them and listen to their stories.  Randall said, “for many of these people it is their only social interaction for the week.”

Drew agreed that the night was certainly an eye opener for him and one that he thought was invaluable to be a part of.  “I now have a better understanding of just how tough some people are doing things out here.  Rosies is a wonderful organisation.”

This is just another great story to add to our tapestry of community service across Australia. Well done guys. 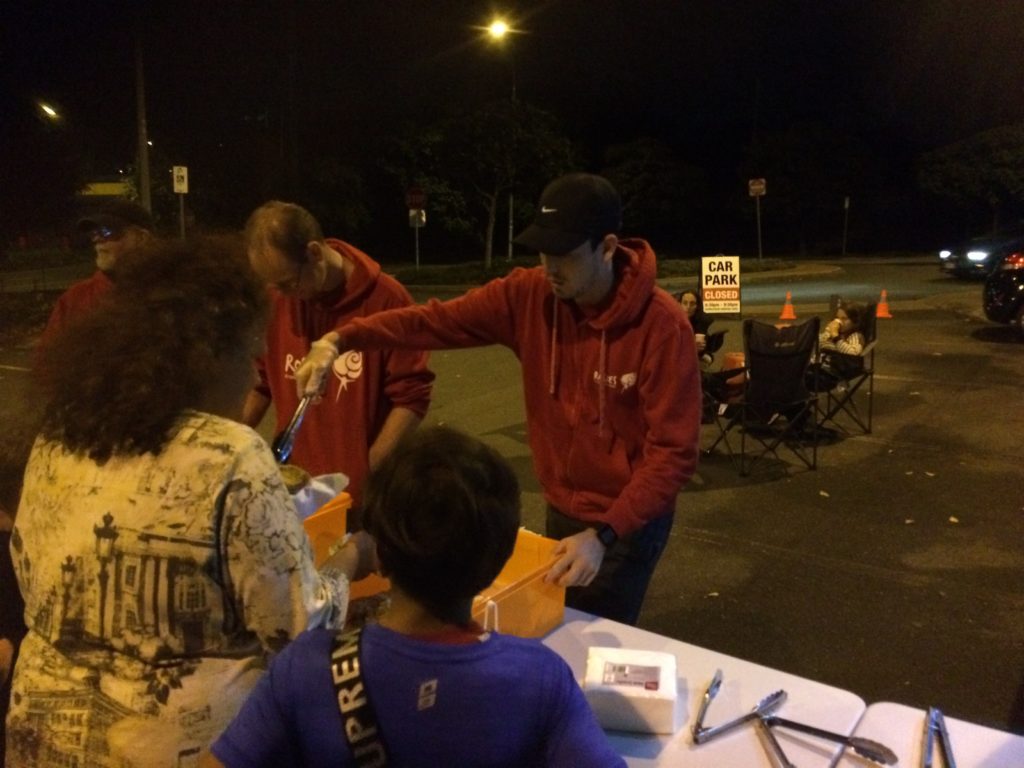