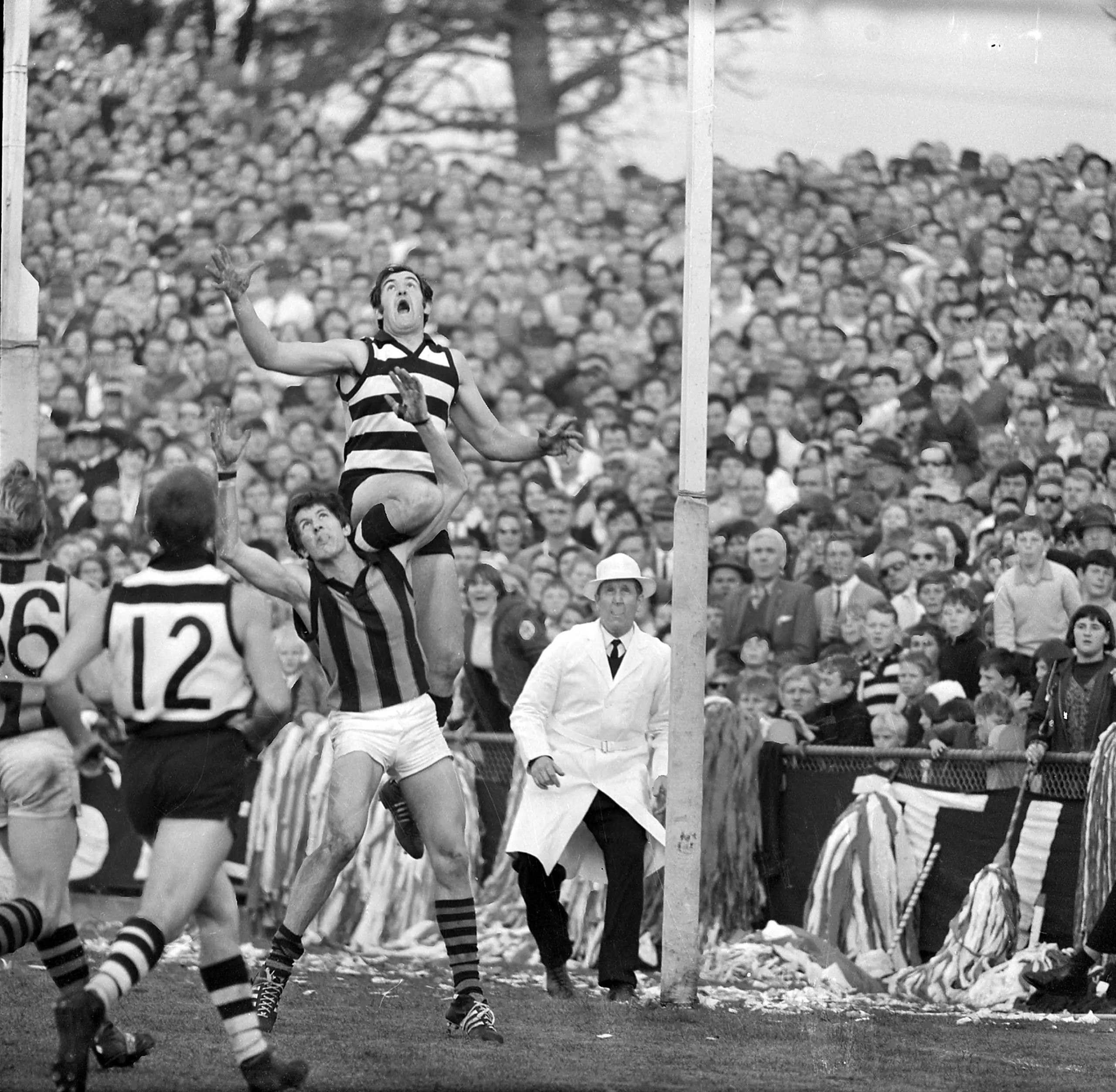 Max Lingwood Smith was born in Adelaide on 7 December 1926 and grew up there until he moved to Melbourne as a teenager.

After playing with Brighton Tech Old Boys he was recruited to Sandringham Football Club in 1946 where he played five games in the reserves booting eight goals. The Sandringham Player Encyclopedia notes his father, Hec, was secretary of the club at the time. Also a keen cricketer Max was a successful bowler for East Brighton Cricket Club over a twelve year career that realised one premiership and a hat-trick. Throughout his life Max would turn his hand to many other sports with varying degrees of success.

Max joined the VFL Goal Umpires Senior List in 1961 and made his debut in round at Brunswick Street where Melbourne beat Fitzroy. He became the 142nd goal umpire in VFL history. One of the more interesting occurrences of the year was on August 12 when Richmond was held goalless by St.Kilda. Max and partner Jim Barwick had a very quiet couple of quarters each with the Tigers amassing a miserly eight points.

At the other end of the decade scoring rates began to increase dramatically as a golden era of full-forwards blossomed. Doug Wade, Peter McKenna and Peter Hudson kept goal umpires busy. Max was well involved. It is not known whether he or Alf White signaled Hudson’s 100th goal in 1968 which broke a 16 year century goal-kicker drought but he and Jim Mahoney were appointed to the much hyped Wade -Hudson shootout of 23 August 1969 – Both players already had 100 for the season and Wade took the honours eight goals to six on the day.

Max figured in post-season action mainly in the night competition where he umpired a semi-final in 1964 and the grand final in 1962. His lone VFL final was the 1968 Second Semi. A see-sawing encounter in the first half saw Carlton pull away in the second. A tall, well-built man Max later joked he did not get more VFL finals because of his stature which made him stand out amongst his contemporaries. Like most city goal umpires he particularly enjoyed his trips to the country for VCFL finals and he officiated in six grand finals during his career. When he retired in 1970 Max had umpired a total of 137 matches. His VFLUA life membership was presented that same year.

Following umpiring Max was still heavily involved in football as secretary of both the Federal and South East Suburban Football Leagues. His VFL connection was maintained when he became secretary of the South Melbourne Football Club in 1975. Co-incidentally his father had held the same office from 1946-48.

Max passed away on 15 December 2008 after a long battle with Parkinson’s Disease.